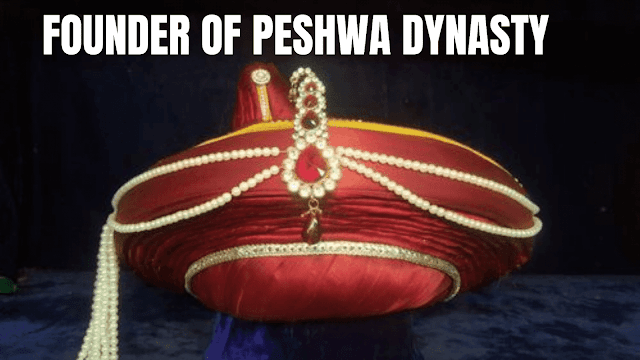 During the reign of Shahu (1708-48 AD), the importance of this post was significantly increased by Balaji Vishwanath. He was appointed Peshwa in 1713 AD and remained in the position until he died in 1720 AD. The success he achieved, both in the form of a general and a politician, significantly increased the dignity of the post of Peshwa. After he died in 1720 AD, his son Bajirao was appointed the first Peshwa. Since then, this post has become a kind of food rights of Balaji. Bajirao remained the Peshwa for the first twenty years (1720–40 AD) and increased the Peshwa’s position by conquering the Nizam and undertaking conquests in northern India. As a result of his mastery from north India, Maratha state power was established in Malwa, Gujarat and Central India, and Maratha Union’s power increased significantly. The Maratha Union consisted of Shinde, Holkar, Gaekwad and Bhonsle.

On the death of Bajirao, I in 1740 AD, his son Balaji became Bajirao Peshwa. Maharaj Shahu died childless in 1749 AD. As a result, the post of Peshwa was hereditary and was considered supreme in the Maratha state. The Peshwa moved from Satara, the Maratha state’s capital, to Poona, and the real history of the state became linked to the account of the Peshwas.

Balaji Bajirao ruled from 1740 to 1761 AD and became so powerful that the Mughal emperors Alamgir II (1754–59 AD) and Shah Alam II (1759–1806 AD) to protect themselves from the attack of Ahmad Shah Abdali Remain dependent on him. Balaji Bajirao’s father made the Hindu Padadshahi his aim. But he renounced this policy of the father and made it his purpose to establish the Maratha Empire in place of the Mughal Empire and started looting Hindu and Muslim states equally. As a result, he lost the sympathy of the people of all the states outside Maharashtra. This was also one of the reasons for his massive defeat to Abdali’s army in 1761 AD. In this battle, the Marathas had to suffer terrible damage, and the result proved fatal for them. After six months of this fight, Peshwa Balaji Bajirao died of shock.

The decline of Maratha power

After the death of Balaji Bajirao, the decline of the Peshwas and the Maratha state power along with him began. Madhavrao I tried his best to raise the Marathas with the defeat of Panipat. It was through these efforts that Maratha power once again started increasing. They seemed to have gained more than what the Marathas had lost in Panipat. But Madhavrao I died suddenly in 1772 AD. The next Peshwa was killed in Narayanrao (1772–73 AD) at the behest of his uncle Ragova. After that, Radhova remained Peshwa for some time in 1773 AD but was forced to hand over her son Madhavrao Narayan, born after Peshwai Narayanrao. Madhavrao Narayan (or Madhavrao II) remained Peshwa from 1774 AD to 1795 AD. But Radhova Peshwa proved to be a real stigma. He trapped the Peshwa in the first English-Maratha war for his self-interest, which lasted from 1775- to 1782 AD. As a result of this war, the Peshwa’s control over the Maratha Union was further relaxed.

Nana Fadnavis was the chief Amatya of the Peshwa at this time. Due to his policy and competence, the power of the Peshwas in the south remained unbroken for the next 18 years, but all efforts were made to establish the Maratha state power in North India. With the death of Nana Fadnavis in 1800 AD, there was no one to give wise advice to the Peshwa.

In 1802 AD, Peshwa Bajirao II, who became a Peshwa by deceit and cunning in 1796 AD, fled to Basai to save himself from his Maratha’s clutches chieftains, especially Malharrao Holkar and Mahadji Shinde, and there he Settled Basai voluntarily with the British. He sold his freedom in a way by accepting to have a British dependent army. Bajirao II did not keep his promise even with the British, which also made the British his enemies. The Maratha chieftains became enraged at the cruel conduct with him. As a result, the Second Maratha War (1803–5 AD) began, and the Maratha kingdom was firmly and firmly tightened by the British in the military clan.

Bajirao II soon regretted taking the British gambling on himself, that he had made a colossal mistake. The Third Maratha War (1817–19 AD) broke out when he tried to take off that gambling. In this battle, Peshwa’s decisive defeat in many competitions was overthrown, and Peshwai was abolished. Yet, Bajirao II was allowed to live near Bithur near Kanpur on Rs 8 lakh’s annual pension. He died in Bithoor in 1853 AD. The British refused to give pensions to his adopted boy Nana Saheb. As a result, he took a significant part in the first freedom struggle and was eventually defeated.